When I became a baker, I was alert to references to baking and wheat which showed how culturally and historically deep these subjects are in our civilisation. For example, I have always respected the expression that “bread is the staff of life”, which first appeared early in the 17th century. Imagine the catastrophe of widespread famine that occurred regularly in past times when unusual weather events ruined the wheat and rye crops for a season or two.

Juvenal, the Roman satirist, showed political awareness when he pronounced that in order to keep the populace happy and quiet the rulers must provide sufficient “bread and circuses”.

For the Christian there is the communion wafer to represent the bread that Christ instructed was a symbol of his body; more bizarrely, there was the cutting of a cross on the loaves and buns to dispel the devil. 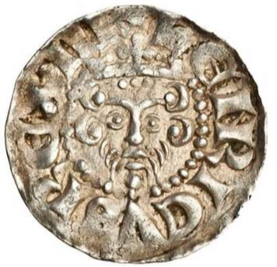 Recently, when for my book research I was delving into the origins of the Assize of Bread (13th century), I gained an insight into the origin of our currency and the establishment of the English pound, later to be called “pound sterling”. At the time of the Assize the silver penny was often the sole coinage used, and it had been the most popular form of currency for the preceding six centuries. It was introduced during the 8th century by the great King Offa of Mercia. The pound mentioned above was a pound weight of silver, to be divided into 240 silver pennies (and 12 pennies made a shilling, with 20 shillings to the pound).The penny weight of silver had been calculated as 32 grains of wheat, dry, and taken from the middle of the ear. This fascinating link between wheat (and other grains too) and money standards goes right back to Roman times. It stands as yet another example of the deep role that wheat has played in our civilisation.

To find out more about all these courses, visit the course calendar

NEW – there has been a request for a special one-day PANETTONE course. Date yet to be set.
Contact me to find out more if you wish to join. 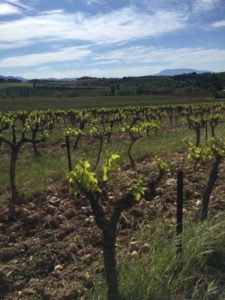 Vines in the spring time, looking across vineyards to Mont Ventoux on the horizon. 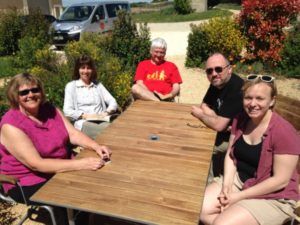 5 nights in a beautiful vineyard with superb accommodation gites made from the ancient farm buildings.

Baking French style breads in domestic ovens as well as a wood-fired oven in the courtyard. Lots of baking,two half-day excursions, and lots of fun. Read more about PANARY in PROVENCE, here.

Within days this section of the website will be live, featuring a shop. It is all about our once-a-week commercial baking day every Thursday. Bread can be picked up, or sent to you by parcel post

In the same way that unripe fruit is described as green, the jargon of the craftsmen bakers applied the same expression to wheaten dough that had not developed fully and hence was considered unripe. When I began baking in the seventies, I was fortunate that I could still meet and work with these old tradesmen/craftsmen, and I learned many of their expressions, customs and yardsticks.

There is a price to pay for working green dough, and you will never make your best bread with it. There is a tightness to the structure, and the loaves are of a mean and small stature because the lack of fermentation leaves the gluten undeveloped and less stretchy. To develop fully, gluten needs more than simply time to enable the water to merge wih the gluten proteins (glutenin and gliadin) to form an expandable webbing. There must also be the process of adequate fermentation activity which, by leaving organic acids in its wake, mellows and strengthens the gluten so that it has the capability of expanding fully as it traps the gas made by the yeast. Proceeding to work off a green dough means that you are carrying on with something that has not reached its full potential.

Another fault with green dough is that the resulting bread will stale quicker for the same reason as it has poor stature – the lack of fermentation development results in a rapid staling process as the starches and proteins expel more easily the water bound to them.

There are three signs by which you will recognise that you have worked green dough, well before it reaches the oven:

After the oven you will see that the crust colour is strangely bright, even reddish, since there will be a greater amount of residual sugars left behind in green dough owing to the reduced yeast activity. This reddish crust colour was called “foxy” by the craftsmen bakers.

How to avoid green dough?

By being in tune with the clear signs of ripeness of a fully developed dough, and being patient as you await that state. 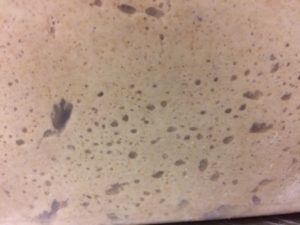 For conventionally yeasted doughs there must be gas deposits on the surface, or the surface must be pock-marked; if abruptly slapped the surface of the dough should sink away; if poked with a floury finger, the resultant hole should not be able to close, but should stay as a distinct cavity. If, as I recommend, you prove the bulk dough in a clear plastic (or glass) vessel, whereby you can see the sides of the bulk dough, you can learn through practice what exactly are the size of the gas bubbles visible at the side when the dough is fully ripe.

For wheaten sourdough, which may only rise about a quarter or a third in its bulk, you will learn to recognise the look of the side bubbles as well as the tiny blisters on its surface. With sourdough you will also appreciate the feel of strength and gluten development as you give it a series of folds in the earlier stages of its bulk proof. By the last fold you will feel that it is feeling floppier as fermentation gases are lodging in it.

There are occasions when you may be aware that a green dough has been taken to the table. The situation can sometimes be rectified by giving it an abnormally long bench rest (usually called by me “intermediate rest”), and in that way some more fermentation maturity can be achieved, with the final bread being saved from the most unappealing aspects of green dough.