Last time (Newsletter 35) we began the series by introducing the important skill of making a tight cylinder.
Now you are going to take the cylinder to another stage – rolling it lengthways, to form a stick.
Here is where we got to last time – you are completing a tight cylinder as shown here: 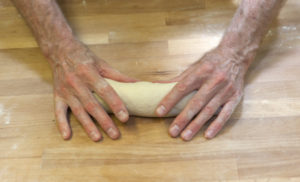 Now you are ready to start rolling out that cylinder. This is the default setting shown below, the position that the hands return to after they have completed a rolling action and must be returned to the middle – one is placed on top of the other. 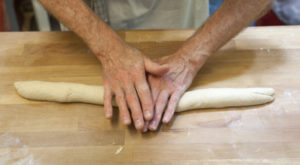 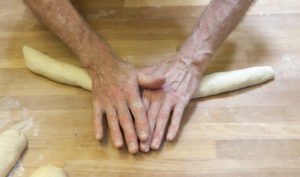 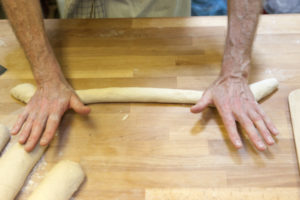 To finish, below is an image of rolling backwards. 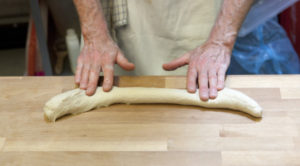 Good luck with stick making, fairly tricky when you are starting out to learn it. Notice that I say “stick” not baguette. For real baguettes you must have French flour, employ a French fermentation method, and some would say you even have to use French water!