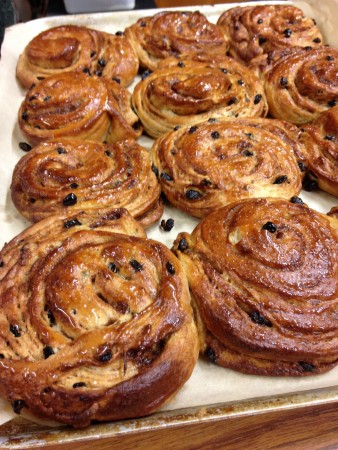 Imagine eighteenth century London, when the king himself, apparently without security or body-guards, would stroll across the parks or take his boat to visit the famous Chelsea Bun House which was known as one of the favourite haunts of George II and his Queen Caroline. After refreshment it was said he would fill the capacious pockets of his frock-coat to take back to the palace some treats for the grand-children.

To make the traditional Chelsea bun you should treat it like puff pastry, laminating the butter, sugar, and cinnamon mix into the dough. After spreading the mix carefully on two-thirds of the dough (see the photos kindly given by Sweet Doughs participant Janice Perrin from Houston) you proceed to fold up both sides in the puff pastry manner, then roll it out for one normal fold. After a long rest it is ready to be rolled out again into the long rectangle that is rolled up in the Swiss Roll manner before cutting. 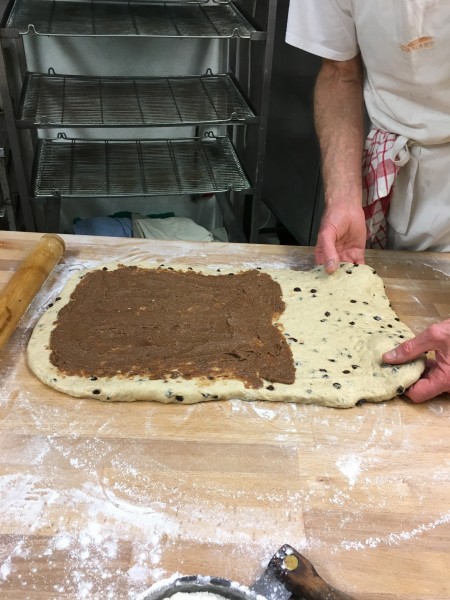 When cutting them from the long sausage of rolled up dough, be generous in the chunk that is cut off, making them each at least an inch wide, perhaps 30 mm. See photo below: 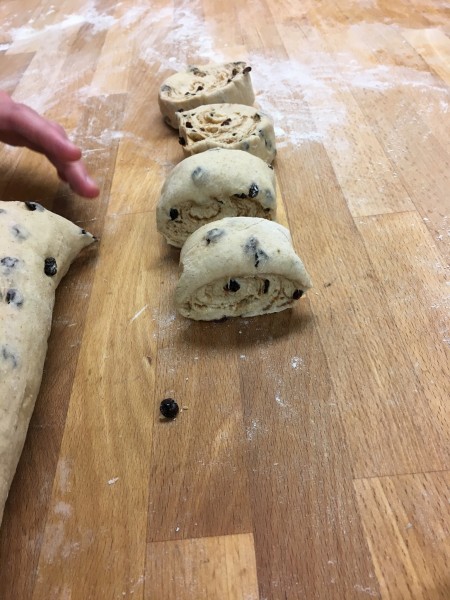 Place them flat on the baking tray, spacing them thoughtfully because at full proof they are to be just touching the neighbouring bun on all sides. Egg glazing is necessary, and some bakers wash them over with a syrup or honey as soon as they are drawn from the oven.